Its very easy for us to take functional products for granted.   Take chairs, for example.  As one of the two main resting positions, we will all find ourselves sitting down at some point during the day, but it's unlikely that we’ll stop to fully consider what we’re sitting on until we start to feel a little uncomfortable.

Once in a generation however, a chair will come along that you can’t fail to notice.  It may be the elegance and simplicity of its form, the quality of the materials, the sheer comfort from the sit, or indeed, a combination of all these things.

We’d like to celebrate seven such chairs, which have transcended their primary role of function, to be considered truly iconic designs that have stood the test of time and inspired countless other products. 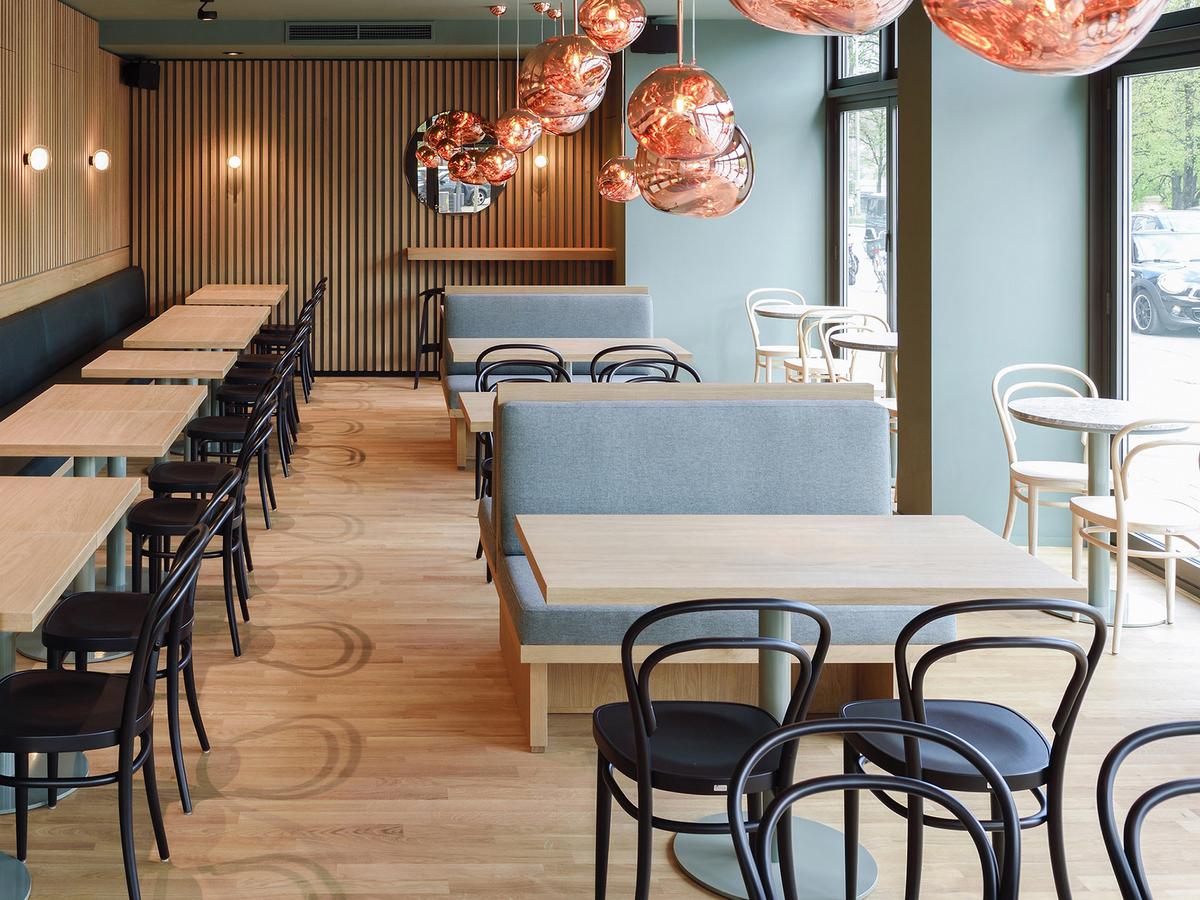 The No 14 chair was designed by German cabinet maker, Michael Thonet.  It was his dream to create a chair that could be mass produced, affordable and good looking.  It took years of experiments before he succeeded; with the No 14 chair finally being launched in 1859.  This iconic chair had amassed 50 million sales by 1930; but what makes it so special?  After several attempts, Thonet used beech and developed a new technique to bend the wood. You can spot the No 18 incarnation in Henri de Toulouse-Lautrec's painting, 'At The Moulin Rouge' (1895).  Albert Einstein and Pablo Picasso are just a couple of famous people who have sat on a Thonet.  No other chair has had the enduring style and finesse to retain its popularity more than 150 years after it was created, still being used in coffee houses and bistros around the world.

A German Architect designs a chair named after a Spanish city.  The Barcelona chair was originally designed for the Spanish royal family's International Exposition by Ludwig Mies Van der Rohe and Lilly Reich in 1929.  Van der Rohe is viewed as a pioneer of modern architecture and furniture design. With humble roots, he began his career as a stonemason's son at his father’s workshop.  He would go on to become the figurehead of the modernist Bauhaus movement and one of the most celebrated figures in modern architecture.  The Barcelona chair, along with the German Pavilion to which it belonged, are perhaps his most famous creations.    The distinctive S-line curved frame and individually pieced leather cushioning are unmistakable.   If you want an authentic replica of the original design, visit Knoll who've been producing it under licence since the 1950s.  All pieces are handmade pieces, with 40 individual panels from a single hide.  Did you know that the Barcelona chair has its own page in the Barcelona Yellow Pages?

Can a chair have just one leg?  Of course!  The Tulip chair was designed in 1955 as part of Eero Saarinen's pedestal series with this challenge in mind.  Made from a fibreglass- reinforced polyester shell and cast aluminium base,the design was so advanced for its time, that it was difficult to place in a natural setting. Its futuristic presence led to it being heavily featured in the original Star Trek TV series.  Today we see the Tulip chair as a modern, contemporary design that became a classic once time caught up with it.  This is another iconic chair produced by Knoll. 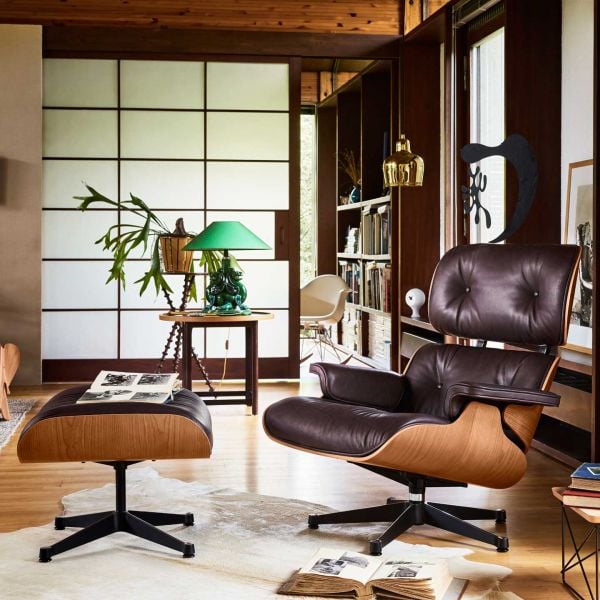 The Eames chair can lay claim to being the most iconic chair ever made.  Designed in 1956 by Charles and Ray Eames it is alleged that Hollywood director, Billy Wilder inspired the brothers, by the way he would take naps on benches in between takes on his film sets.  The original chair was made with a hard plywood shell, finished in a striking Brazilian rosewood veneer and covered in supple leather.  Subsequent models have seen the introduction of walnut and cherry veneers, and  more sustainable versions of rosewood.  An American design classic, the chair and accompanying ottoman remain as popular as ever, manufactured by Herman Miller. Arne Jacobsen was one of Denmark’s most influential architect and designers of the 20th century.   Inspired by Eero Saarinen's womb chair, Arne created the Egg in 1958 for the Radisson SAS hotel in Copenhagen.  The Egg chair was also designed as a couch, but due to the difficulty involved in making it very few were produced.   The Egg is evocative of Jacobsen's penchant for functional, simple, effective product designs.  Today this iconic lounge chair is found in homes, hotel lobbies and workplaces around the world.   The next time you call in to McDonald's for a Big Mac and fries, you might find yourself sat on a replica Egg, the fast food chain recently introduced this classic following a revamp of its stores. 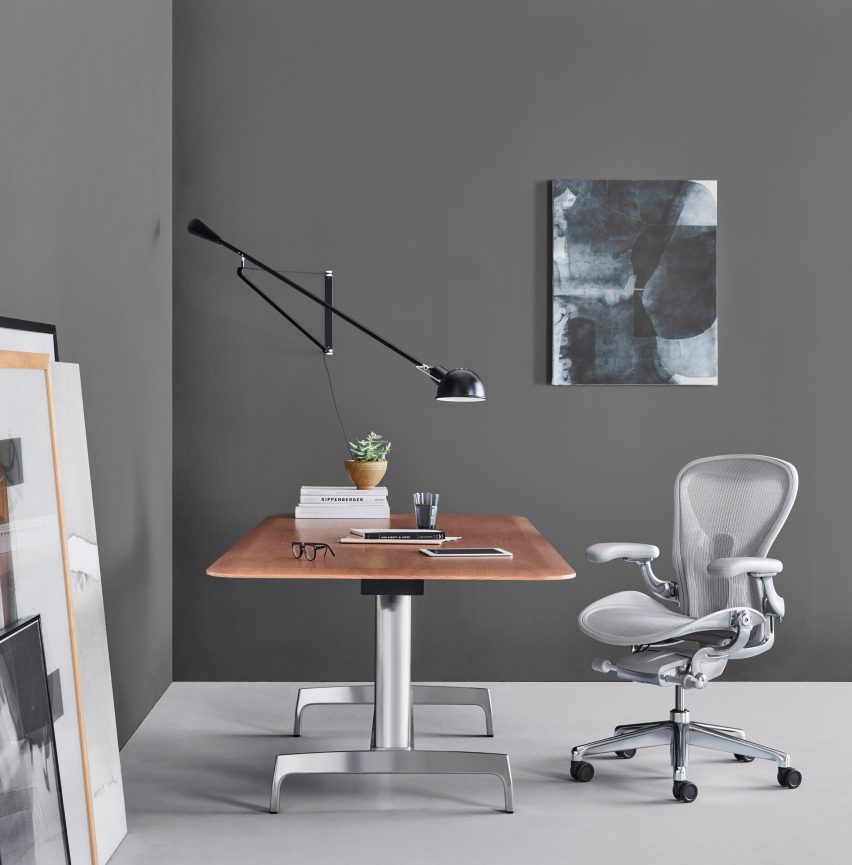 Bill Stumpf and Don Chadwick set out to create a chair that had health positives, sustainability and ultimate comfort, without the industry standard use of fabric, foam or leather.  The Aeron chair demonstrates a pioneering step in ergonomic, innovative design.  Its use of mesh has now become an industry standard and can be found in offices across the globe.  The chair cemented itself into popular culture when Will from Will & Grace spent an entire episode trying to purchase an Aeron! It was also featured in Casino Royale in M’s apartment.  In many respects, the Aeron did for office seating what the iPhone did for mobile phones. American designer Niels Diffrient devoted his career to ergonomics, or as he called it 'human factors engineering.'   Working closely with the American ergonomics manufacturer, Humanscale, the Freedom chair was born in 1999 and would become his most famous creation.   Like many of the chairs on our list, the Freedom's secret was its simplicity, combining unprecedented functionality and minimal controls.  It relies on an internal counterbalance mechanism to supports the user’s body weight at all points during recline.  The Freedom looks as fresh today as it did twenty years ago - the true mark of an iconic product.

Have a Question or Enquiry?